2012 Weather Anomalies in Eastern US

Following up on an early post about the record setting heat in the United States, below are a few more plots to show the spatial distribution of the heat wave. The weather data has been updated to August 6, 2012. Here is the overall US average (red line is 2012, the grey lines are 1960-2011) for degree days above 29C, the weather variable that best predicts corn yields. 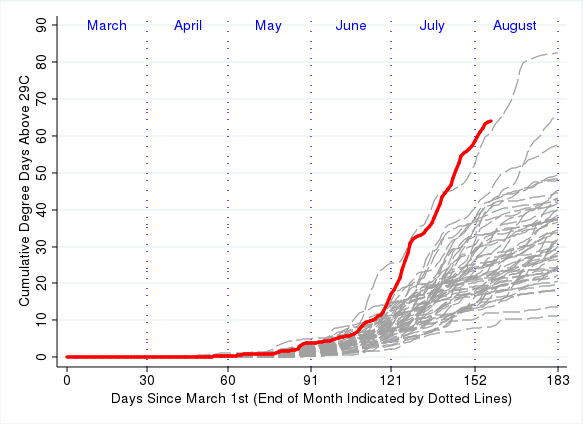 There is considerable spatial heterogeneity in how hot it has been. The next graph shows anomalies (difference to the 1950-2011 historic average) for degree days above 29C for counties in the Eastern United State. The data uses March 1st - August 6th, 2012. For comparison, the historic US average for the entire season (March 1st-August 31) is 34 degree days, so an extra 135 is four times the historic average - and that is on top of the historic average in a given location! 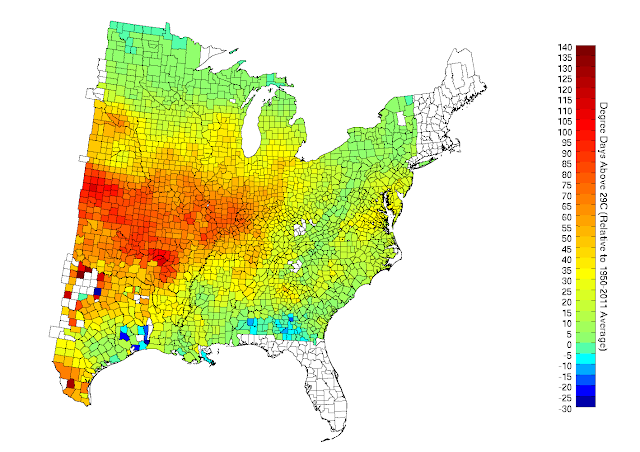 There is even more heterogeneity for rainfall. While places along the Mississippi River seem dry, some Northern and Southern counties actually had above normal rainfall. 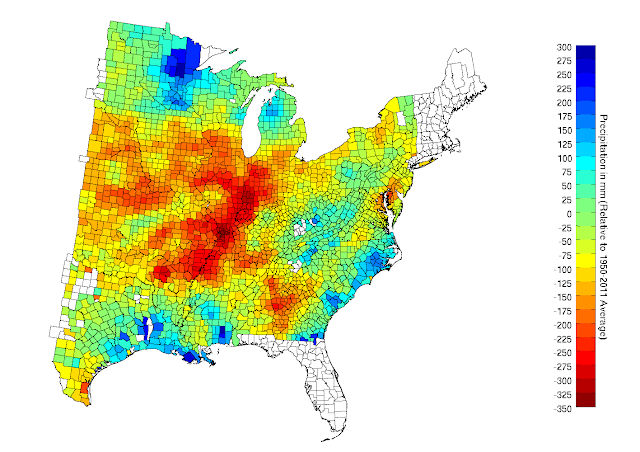 This entry is cross-posted here
Posted by Wolfram Schlenker at 7:36 PM